3 Things to Know Before Making Your Next Fundraising Ask 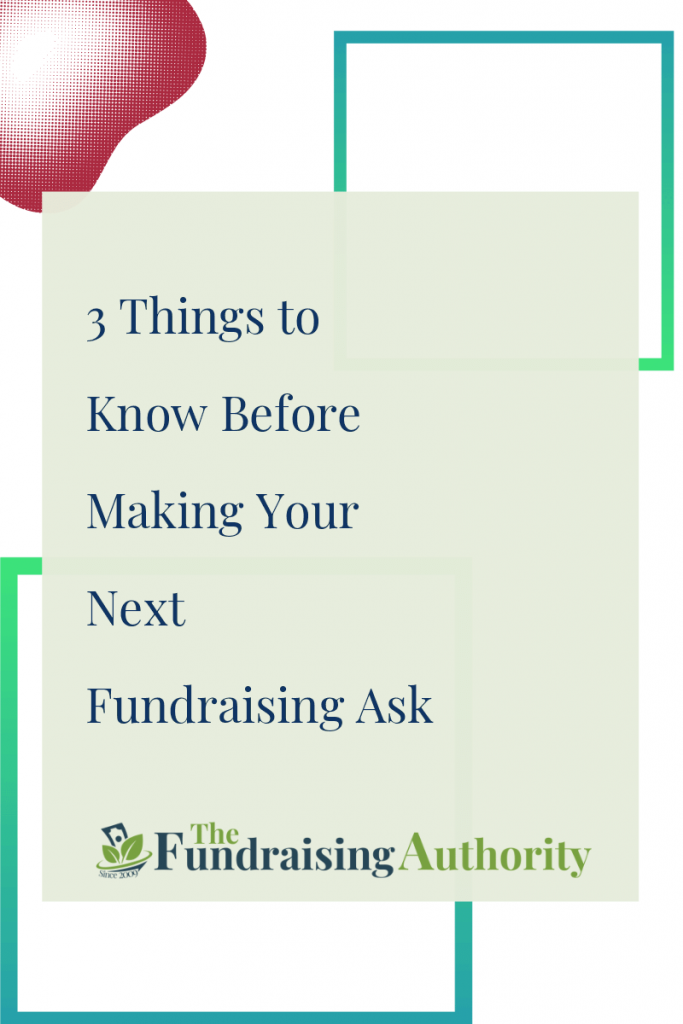 At one time or another, most non-profit donor relationships involve asks. When making asks, it is imperative that fundraisers come from a donor-centered perspective. That’s why it is so important to steep yourself in the donor mindset and understand what donors are thinking as you are making your ask, and what preconceived notions they bring with them into the meeting.

Here are three important parts of the donor mindset – three things you must understand in order to make successful asks:

Whether it is a used car salesperson, an insurance agent making a cold call, or a non-profit fundraiser making an ask, people don’t like feeling as if they are being sold something. That’s why the best salespeople use conversations to draw out wants and needs from buyers, and then present them with a product or service that fills their needs. That’s why insurance agents make most of their sales through referrals by friends, family, and current customers. And that’s why non-profit fundraisers need to cultivate first and ask second.

People don’t want to feel as if your non-profit is “selling” them something. They worry that they will make a donation to you and wake up the next day with “donor’s remorse.” The best way to overcome this fear is to build a relationship with your prospect. Find out what they are interested in… what programs or services that you offer are most important to them… how they want to give. Make your cultivation and your ask about them, not about you.

People Want to Give

While people don’t like to be sold, they do like to give. People like to give to non-profits. Giving makes them feel good, and provides them with very real psychological and/or spiritual rewards. Make it easy for them to give. Paint a compelling picture. People want to give and be helpful in general, and if you build a relationship with them and paint a big enough vision, they will want to give and be helpful specifically to your organization.

People Don’t Give Unless They Are Asked

Far too many non-profits set up fundraising events and hope for the best, without making any real asks. Sending out invitations to a fundraising event is the weakest possible form of an ask. In fact, it’s almost a non-ask. Asking people from your board and support networks to co-host the event and sell 10 tickets each… that is an ask. Asking companies to sponsor the event at $1,000 a pop… that is an ask, too. Just slapping stamps on invitations? Not really an ask.

Asks are questions. Asks mention specific amounts. Asks are made in such a way that they need to be answered, either yes or no. People don’t give unless they are asked.