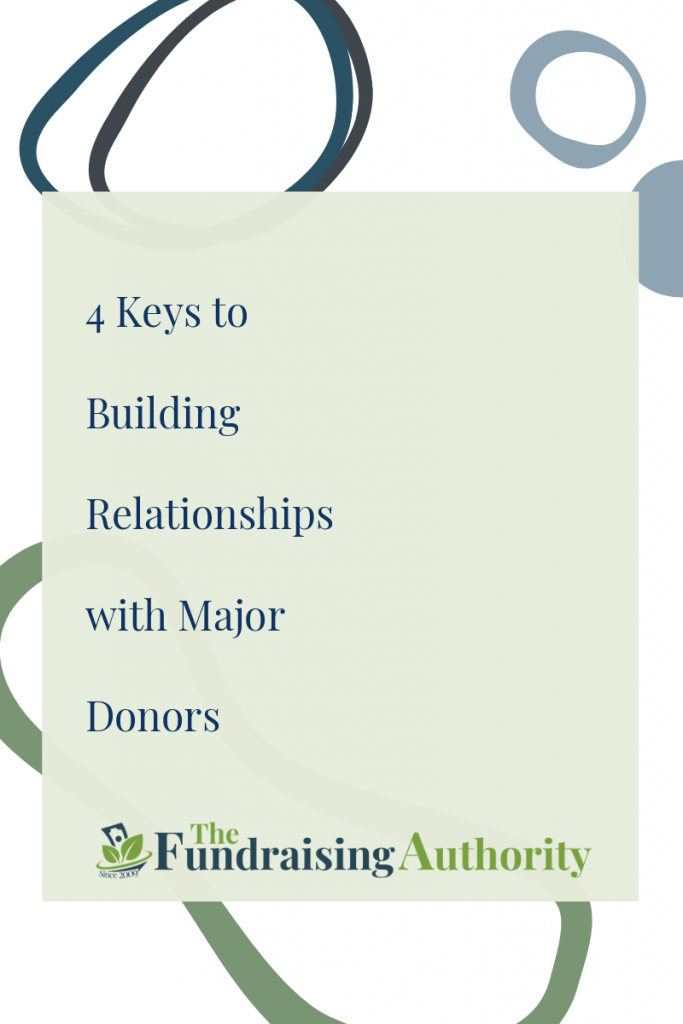 Fundraising is all about relationships. Whether you’re talking about an online donor who makes a $25 gift to your organization, a married couple that donates $100 each year to your annual campaign, or a major philanthropist who gives $1 million to your next capital campaign – in some way, you have built a relationship with each of them, which motivated them to give.

Major donors usually have lots of people vying for their attention, including business and personal contacts as well as other non-profit organizations seeking support. In order to begin a relationship with a new potential large giver, your organization needs to get their attention so that you can get on the donor’s radar screen.

The best way to get the attention of a major donor prospect is by having someone who knows them introduce your non-profit. If a board member, donor, staff member or volunteer at your organization knows the prospect and is willing to make the introduction and vouch for your non-profit, it can kick-start the relationship in a way that few other tactics can.

Other ways to get the attention of a major donor prospect are by getting that person to come to an event (fundraising or non-ask), connecting with employees at the prospect’s business for volunteer opportunities, releasing a major report or holding a note-worthy seminar or hosting an important speaker, launching a campaign in a program area that matches the prospect’s interests… the possibilities are (nearly) endless, but no matter what you choose to do, you have to get the donor’s attention before he or she will be able to focus on your non-profit.

Once you get the donor’s attention, don’t just jump straight to the ask! You need to cultivate the prospect and build the relationship between him/her and your organization. There really aren’t any ways to effectively circumvent this step.

Get the prospect to attend events. Ask the prospect for advice and suggestions. Involve the donor in volunteer work and on committees. Make the major donor feel like part of your team.

Prior to making an ask of a new major donor, explain the investment you are asking them to make. My choice of words here is intentional… many major donors feel that their charitable giving is really an “investment” in a better community. They want to invest in non-profits that are going to deliver the best outcomes for the largest number of people in the donor’s chosen giving areas.

Through your cultivation process, you should know what program areas are most important to the major donor prospect. Explain to him or her exactly what your plans for the future are, what you are hoping to raise, and why you need the money. What outcomes are you predicting? How many people will you serve? What is the return on this major charitable investment?

Tell the donor stories. Get him or her to come out to your program sites. Make the prospect feel an emotional connection to your work. If you can do that, you are well on your way to developing the prospect as a long-term supporter of your cause.