What is a Fundraising Ask? 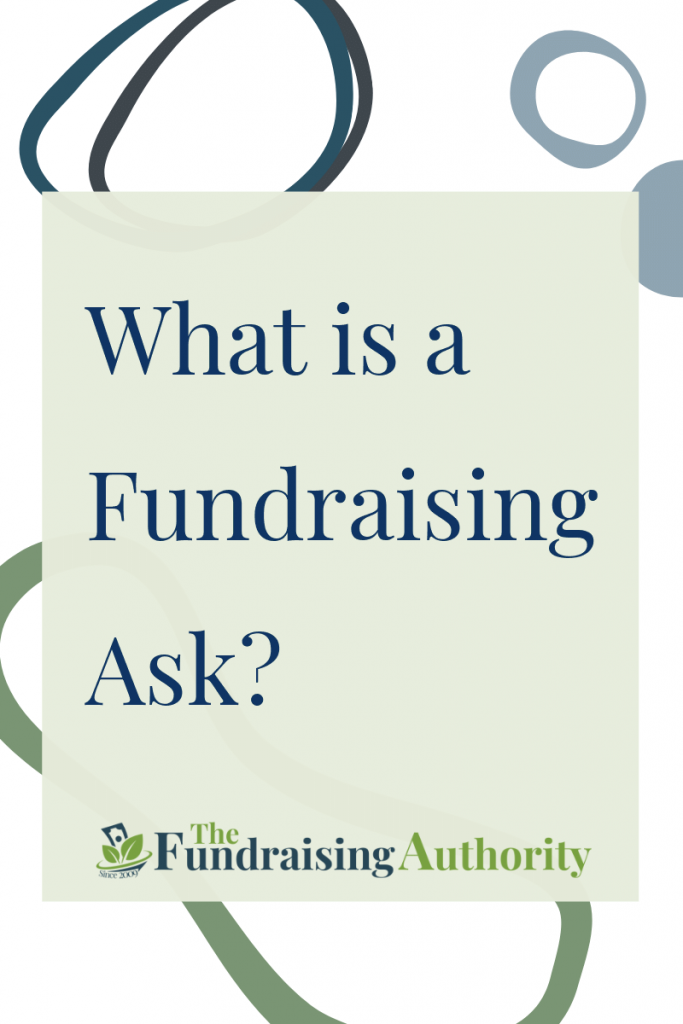 O.k.… I know this is the scary part for many people. Making fundraising asks is like speaking on stage. It feels unnatural, awkward, and a little bit scary. But with knowledge and practice anyone can be comfortable making asks.

Not Every Ask is for Money

The first thing to remember about making an ask is that not every fundraising ask is for money. As you peruse your list of fundraising contacts, you will likely see some people on that list who are ready to be asked for a donation. You will also likely see lots of people who know nothing about your group, and who will need to be educated about the organization you are fundraising for before they give.

For these people, the best ask might be an ask to come to an informational event, or to look over a newsletter, or to come to a seminar. These “non-ask asks” are still asks… instead of asking someone for money, you are asking them for time and effort. Asking someone to come to an event or listen to a speaker is often a really great way to get a prospect’s feet wet with your non-profit, and can lead to bigger and more numerous financial rewards down the road.

What Makes a Good Ask?

A good ask is an actual question inviting a person or company to take a specific concrete step on behalf of your organization. Let’s break that down:

First, an ask has to be an actual question… meaning that it starts with words like, “Will you…” or “Would you be willing…” When you talk to someone but don’t actually ask a yes or no question, it’s not really an ask. Saying things like, “I hope at some point you will consider…” or “I’d really like it if you would…” is not an effective way to make a fundraising ask.

Second, an ask invites a person to take a concrete step. That step need not be writing a check, it could be to come to an event, pass out fliers, whatever. It just needs to be a concrete step. Asking someone to, “think about your role with our charity” is not a concrete ask.

Lastly, an ask should be specific… that means, you should ask for a specific amount, or attendance at a specific event, or volunteer hours for a specific project, etc. Asking, “Would you contribute $500 to our school?” Is at least twenty times more effective than asking your prospect, “Would you make a contribution to our school?” Likewise, asking your friend, “Will you come to an event sometime?” is not nearly as effective as asking, “Will you come to the Chili Cook-Off on January 21st?”

Now that you know what a fundraising ask is or can be, read How to Ask Anyone for Anything.