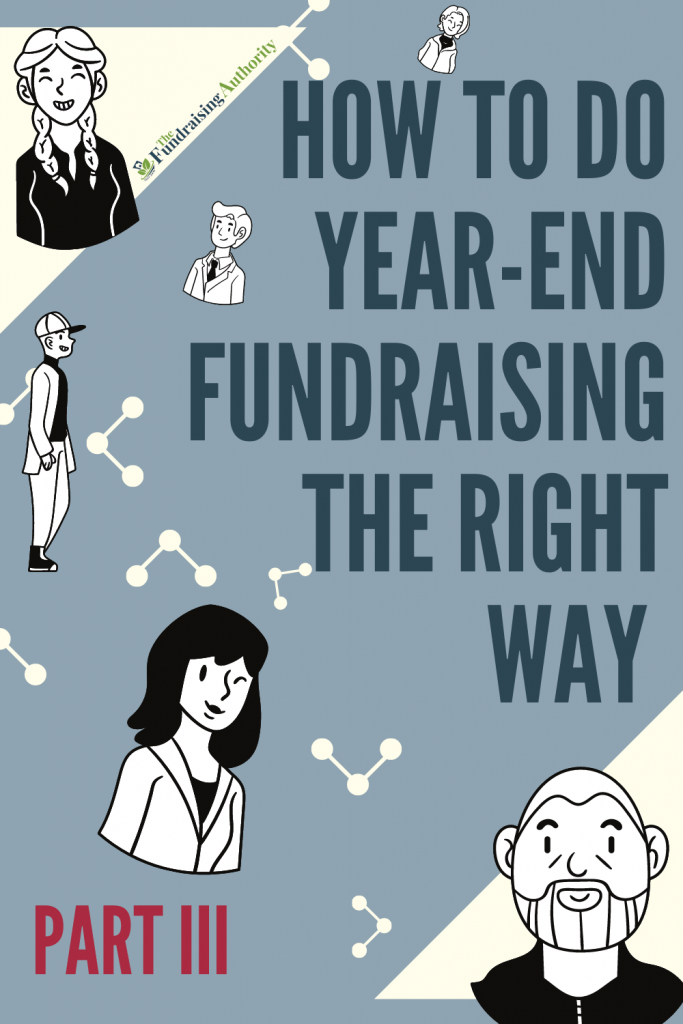 Welcome to the third and final article in our three-part series on year-end fundraising.

In our first post, we took a look at why so many donors give during the final 4-6 weeks of the year.  In the second post, we reviewed the five rules for supercharged year-end fundraising.  Today, we’re going to look at a step-by-step plan for increasing year-end giving at your non-profit.

In my mind, the optimal time-frame for your year-end fundraising strategy is about 6 weeks – you spend the final two weeks in November laying the groundwork (building on the cultivation work you did all year) and then make your asks during the month of December.

That being said, it’s really never too late to begin your year-end fundraising strategy.  If you’re reading this on December 20th, you can still get to work.  Remember, for many non-profits, December 31st is their biggest day of the year for fundraising… so it’s never too late to get started.  The action steps below assume you have 3-6 weeks available, if you have less, just modify them to meet your situation.

Remember, year-end fundraising should be treated like any other fundraising “campaign” (like your annual giving campaigns, for example).  This means that your year-end giving effort should have a theme, a look and feel, and its own mini-case for support.

Why you are asking donors for money at the year-end?  What will you do with the money?  Why do you need it?  How much do you need?  Answer all of these questions and design a theme for your year-end giving campaign that you will use consistently throughout your 3-6 week year-end fundraising effort.

The second phase of your year-end giving campaign is to warm-up your donors by introducing them to your theme and your need.  You can do this in any number of ways.  My suggestions are:

This phase will constitute the “meat” of your year-end fundraising campaign.  During this phase, you’ll want to send out fundraising asks for the campaign across all of your communication channels, remembering to stay consistent with the theme and message you developed for the campaign.

Here’s what you should do:

Don’t be shy – it’s ok (and, in fact, preferable) if the same donor gets a letter, an e-mail, a postcard and a social media message all asking for a year-end gift.  Donors forget.  They have busy lives.  But many of them will want to make a gift during the year-end giving season, so you need to stay in front of them.

You should also be reminding people to give on social media, making follow-up calls for your housefile mailing (if you have the staff or volunteers to do so) and if you have the resources, you can even follow-up with a second snail mail letter to everyone who failed to respond to your first letter with a gift.

Successful year-end fundraising requires persistence.  Put together a great theme and message, get out in front of your donors, and keep reminding them to make a gift.  It will pay off with more donations, larger gifts, and more engaged donors.

PrevPreviousFundwriter.ai 101 – Can A Robot Write Better Than You?
NextFree Thank You Note GeneratorNext
Article Archive