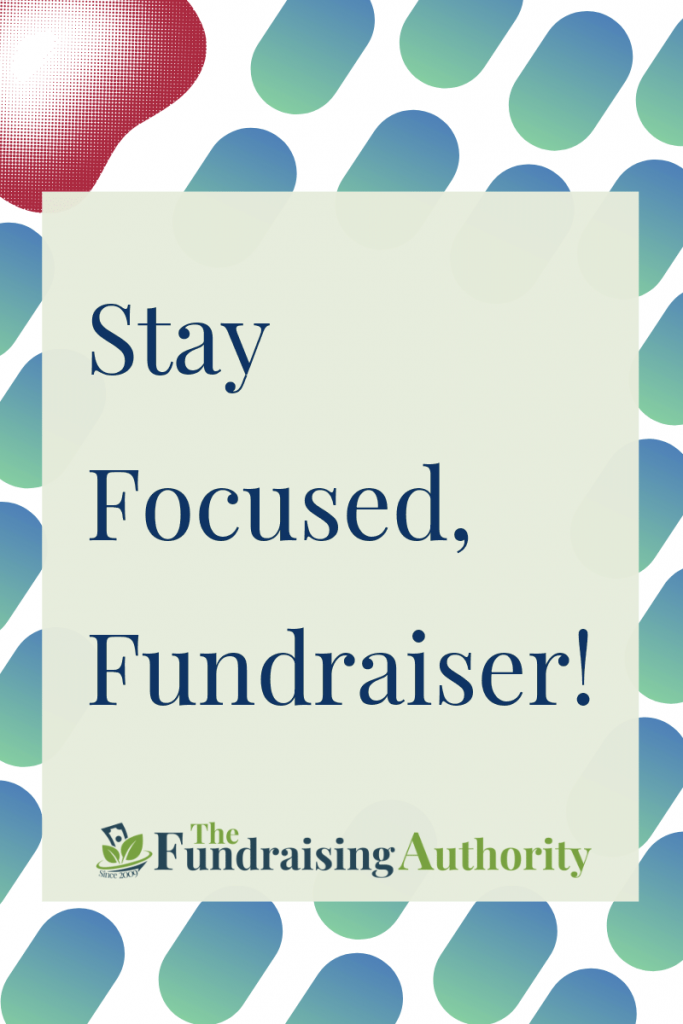 Recently, I’ve encountered a phenomenon among development staffs and non-profit executive directors that seems to effect organizations both large and small. It causes non-profits to raise less money than they could, while expending far more energy and effort than necessary. Likewise, it wastes precious dollars in the fundraising budget in return for very little gain.

The epidemic to which I am referring is “fundraising wanderlust,” or a failure to stay focused in your fundraising efforts.

You see, fundraisers at many of the non-profits I work with are constantly chasing after the next great idea, implementing something new they saw at a seminar, or trying a new program suggested by a board member.

By themselves, none of these things are bad – non-profits should innovate, and must remain creative in order to stay viable. But, far too often, these things are done instead of focusing on other, ongoing projects.

For example, the organization may have a major event each year that is only raising half of what it could raise, but instead of focusing on making that event better, the staff decides to launch a new giving club that will use up all of their available time. Likewise, many organizations spend all of their time prospecting to find new donors, instead of reserving a bit of that time to work with and cultivate current donors to get them to give more money over a longer period of time.

A failure to stay focused causes non-profits to miss out on opportunities to raise more money from the work they are already doing, or from the donors they already have. It’s far easier to raise an additional $25,000 from your annual fundraising event, which normally raises $200,000 per year, than it is to launch a brand new online campaign to raise $25,000 from a bunch of new prospects.

Does this mean you should never launch new initiatives? Of course not! New programs can and should be a part of your fundraising mix. It does mean, however, that you should spend a significant amount of time making sure you are getting as large a return as possible from your current projects and donors before you give up on them to focus on shiny new endeavors.

For organizations that are seeking to raise more money, I have found that the solution to this problem is finding fundraising balance: focusing on old projects and donors to raise revenue while, at the same time, focusing on new projects and donors to provide new streams of income. How much time you spend on each is a cost/benefit question… where can you get the most return for the amount of time you have available?

The best solution for implementing a balanced fundraising approach is to write a strong fundraising plan that details your tactics for the year. By doing so, you can carefully consider where you want to spend your time for the coming year, see the mix of tactics and strategies laid out on a fundraising calendar, and ensure that you are spending time and money where it can be most helpful to your non-profit.

PrevPreviousWhat to Do When a Major Donor Prospect Says No
NextProspect Research: 6 Things to Look For in a Potential DonorNext
Article Archive