Why Some Non-Profits Always Hit Their Fundraising Goals 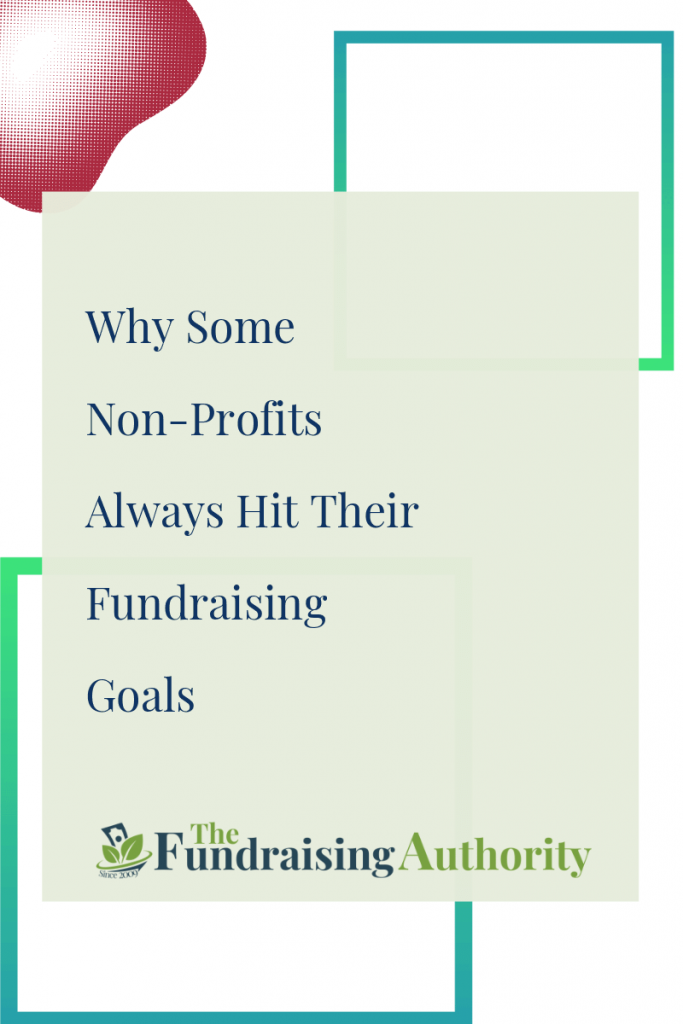 Does your non-profit struggle to meet its annual fundraising goals? Have you come across organizations that always seem to hit their marks… meeting or beating the goals they set for their events, annual funds, capital campaigns and yearly revenue?

Over the years, I have worked with a number of non-profits that always hit their fundraising goals, and I have noticed that they all have 5 things in common:

1. They Set Deadlines and Responsibilities

This is definitely one of the most important things great fundraising organizations do: they set firm deadlines for every task that needs to be done, and they clearly assign responsibility for each task to one or more people. Then, the development director or other supervisor tracks progress.

Most non-profits set wishy-washy goals… they say things like, “We need to find 40 sponsors for our fall fundraising event.” Notice that there are no deadlines there (nothing that says, “we will find 10 by May, another 10 by August, and the final 20 by October 10th”). There are also no action steps or responsibilities (“Sara will write donor renewal letters and have them in the mail by April 15th. John will make follow up calls to last year’s leadership sponsors by July 1st.”)

2. They Focus on Individual Donors

For an example of how one organization did this effectively, check out this case study.

3. They Track Donors through the Fundraising Funnel

Most non-profits have only the vaguest idea where their prospects stand in relation to making a gift. They say things like, “she’s not ready yet,” or, “I probably should give him a call.” That’s not tracking… that’s guessing. Likewise, most organizations don’t have a defined donor funnel.

The best fundraising non-profits have a clear set of steps they want to lead prospects through (this is called a “donor funnel”). They have several standard ways of reaching out to new prospects. They know their preferred avenue for cultivating prospects after making first contact. They know when and where to make an ask. And, they have a plan for stewarding donors until they make their next gift.

Non-profits that always hit their fundraising goals tend to have, and use, a clearly defined donor funnel.

4. They Build Fundraising Networks, Starting with Their Boards

It’s hard to meet large fundraising goals without constantly meeting new prospects. It’s hard to constantly meet new prospects without getting referrals from current donors, volunteers and board members. So many non-profits tell me they wish their board members would give them more names, but they don’t have a program in place to earn those referrals.

5. They Tell a Great Story

Trying to raise money with an underwhelming story is hard. You can’t knock your fundraising goals out of the park if you’re telling donors that you want to serve 1% more people this year than you did last year. That’s not exciting. Everyone wants to get caught up in a story bigger than themselves. This includes your donors.

Non-profits that meet or beat their fundraising goals are non-profits that tell a great story, cast a huge vision, and invite donors to invest in that vision and become part of a world-changing team. Be sure to read The Story of Your Non-Profit.