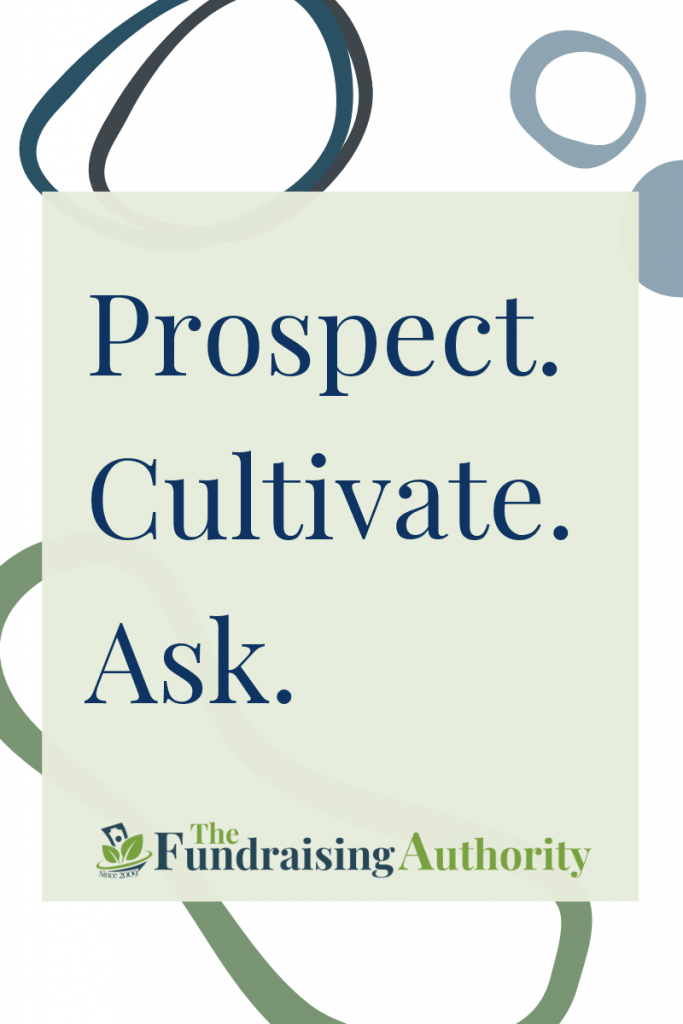 If your development office isn’t meeting its goals, ask yourself… in which of these three areas are you missing the mark? It’s easy to say things like, “we’re not meeting our goals because we’re not spending enough time on social media,” or “we aren’t raising more money because we haven’t launched that capital campaign yet.”

Notice that I didn’t say, “isn’t prospecting correctly, isn’t cultivating correctly, isn’t asking correctly.” I said, “isn’t prospecting / cultivating / asking enough.” While it is certainly true that many non-profits have trouble because they aren’t doing things the right way, the vast majority of charitable organizations that aren’t raising enough money to thrive are falling short because they aren’t doing these three things enough….

If you’re making lots of asks, seeking lots of prospects, doing lots of cultivation, you’ll figure it out. You’ll see that the way you are making asks isn’t working, and you’ll tweak your script. You’ll notice that the cultivation funnel you have laid out isn’t leading to conversions, so you’ll change. If you’re not doing enough asks, though, you’ll never, ever see the pattern. You’ll never know why that one ask per month isn’t panning out and resulting in a gift. If you’re doing one ask per day, though, the changes that you need to make will be hard to miss.

Are you looking at lists? Asking for referrals? Building networks? How many networking meetings have you been to this past month (chamber of commerce, Rotary, poker club?) How many cold calls did you make? How many current donors have you asked for leads? How many other organizations have you shared lists with? Are you increasing your prospect list every day?

Are you calling prospects to chat? Are you having lunch with referrals? Are you sending out personalized letters to your list? How many newsletters have you sent out? How many “stay in touch” calls have you made? How many non-ask events did you hold this month? Are your donors engaged?