The Entrepreneur’s Guide to Non-Profit Fundraising 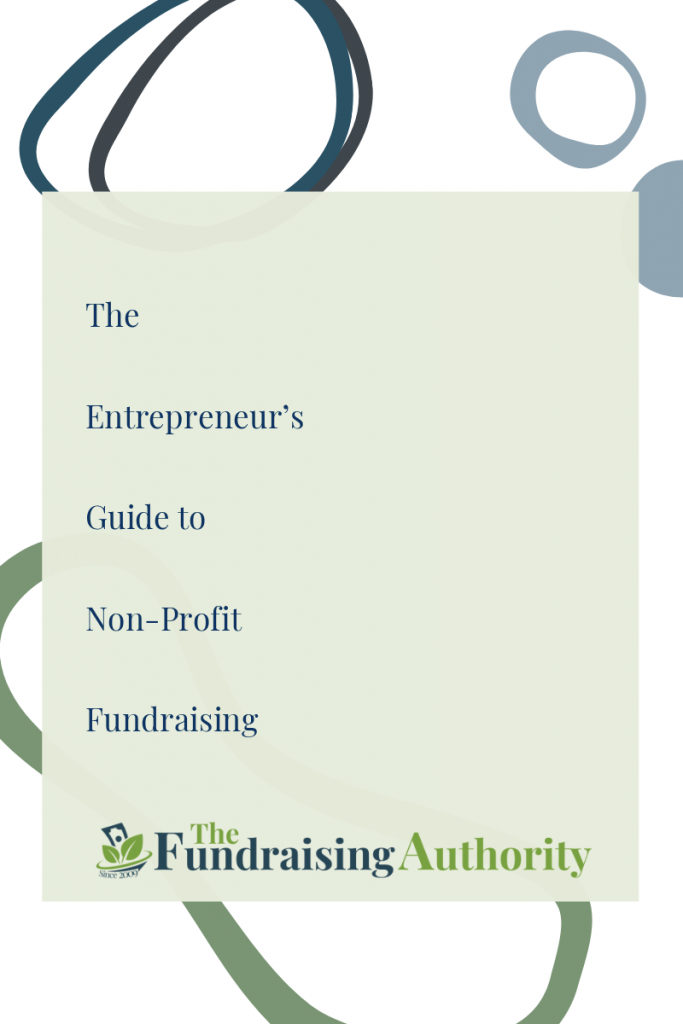 I have a confession to make. I am a non-profit entrepreneur.

No, I don’t mean that I am starting non-profits to turn a profit (how would that even work?) or that I start businesses to make money in the non-profit space. What I mean is, I like to fundraise entrepreneurially.

As non-profit fundraisers, we often think of entrepreneurs for one reason only… donations! Many of us interact with those who start and run businesses for the sole purpose of seeking gifts to fund our organizations. Yet, as someone who launched several businesses before entering the non-profit world, I can tell you that there are lots of things we can learn from entrepreneurs that will help us with raising money for our non-profits:

Most successful entrepreneurs take the time to draw up a plan before launching a new business, new product, or new sales campaign. But they don’t over-plan. Businesses that spend too much time planning and not enough time executing get left behind. Great entrepreneurs know that they need to think through their strategy but not get bogged down.

On the non-profit side, most organizations fall into one of two extremes: they either launch new programs and initiative without doing any substantial planning, or they get “analysis paralysis” and spend so much time planning that they never actually execute the plan.

Don’t make either of these mistakes. Have a well thought-out, written plan for each of your new initiatives and campaigns, but don’t take too much time planning. For many of your concepts, you may find that a simple one or two page plan is all it takes to think through the variables and get everyone on the same page. (For more information read: How to Write a Successful Fundraising Plan).

Good entrepreneurs are aggressive… they see an opportunity and go after it.

Most non-profits are passive… with the exception of some new “start-up” charities, non-profits that have been around for a couple of years are almost universally less aggressive than they should be.

Your mission matters. Be aggressive in raising the funding you need to implement your plans. There is no honor in being passive in your fundraising.

One of the things that most “work-a-day” folks don’t understand about business start-ups is the concept of the “pivot.” In business, you have to keep money coming through the door. If your sales campaign isn’t working, but something else is, you pivot and concentrate on what is working. If most of your business concept is working, but one small part is generating revenue, you may even pivot your entire business to focus just on that part that is profitable.

Twitter, the popular micro-sharing site, started life as part of a company called Odeo, a podcasting and video-blogging site. When Odeo failed to take off, the company pivoted to focus on the Twitter concept.

Smart companies pivot when business circumstances change, even after over a century in business. Sun Oil Company / Sunoco recently announced that after almost 100 years in the oil refining business, it was selling off its refineries and pivoting to focus on marketing and distributing gasoline it buys from other refiners.

Likewise, smart non-profits pivot, when necessary. This doesn’t mean that you necessarily change your mission. What it does mean is that if one part of your fundraising is suffering, you pivot to focus on another part. You make changes to see what works. You try new concepts, discard what fails and keep what succeeds.

If you can’t raise any significant money through direct mail, despite years of effort, but you are successfully building fundraising networks, maybe you should spend more time doing what works… If your grant-writing is anemic, but one of your grant-writers has had some success, maybe you should figure out why she is successful, and try to replicate it across your entire grant-writing operation. Pivot, when necessary.

PrevPreviousCase Study: How One Non-Profit Turned Their Fundraising Around Through Better Planning
NextTips for Using Technology to Conduct a Fundraising RaffleNext
Article Archive