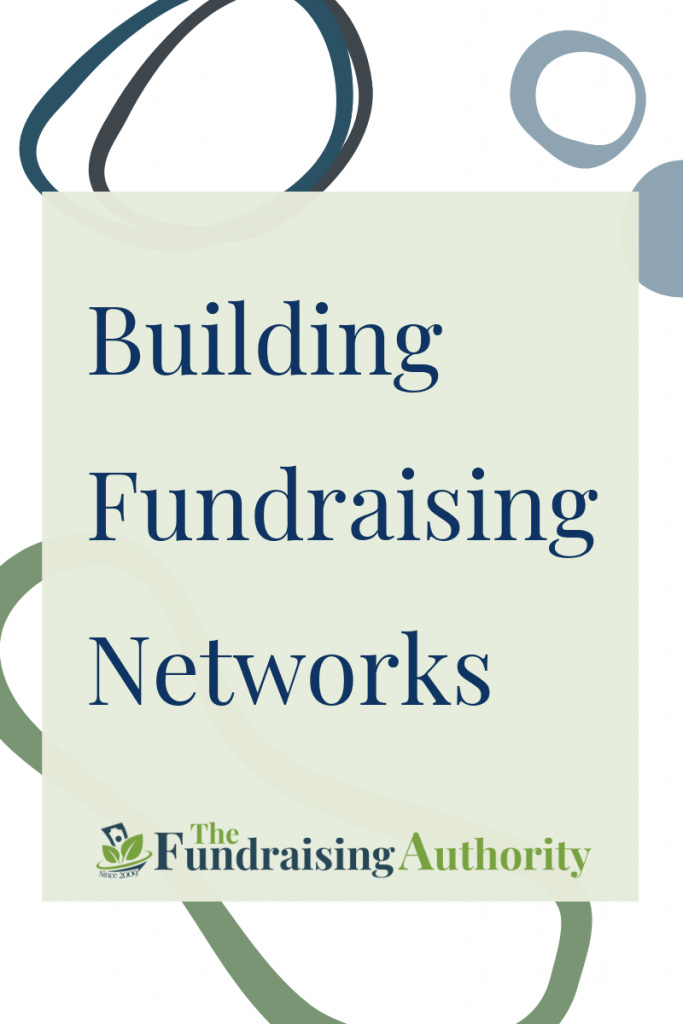 What is a fundraising network?

Why are fundraising networks important?

Fundraising networks are important because they allow you to multiply your fundraising efforts. Instead of asking just one person for just one donation, by building a fundraising network you can ask one person to fundraise on your behalf, thus turning one ask into several, or even into hundreds, depending on the skill of your network members.

How do I set up a fundraising network or networks?

At their most basic, a fundraising network is simply a committee of people who agree to raise money for you. You build your first network by calling your contacts, just like you would if you were calling to ask for money, but instead of asking for a donation, you ask them to join your group / network.

Before making calls and forming your committee, there are three key questions you need to answer. First, how much will you ask each person to raise? Second, what type of committee is this? Is this a general finance or development committee, open to everyone who agrees to raise money on our behalf? Or is this a specialized group, such as Seniors Supporting the SPCA, Real Estate Developers for the United Way, or the Young Professionals Committee of the Catholic Charities Campaign?

Who should be on my fundraising committees?

Remember – the purpose of a fundraising network is to raise money. You’ll want to ask people who you suspect have relatively large contact networks (“big rolodexes”), and who are willing to introduce those contacts and open up those rolodexes to your non-profit organization. As you make your calls and invite your prospects to join, make it clear that this is a fundraising committee, and that each person will be asked to take a leadership role in the non-profit’s fundraising efforts.

What should I offer members of my network?

While people who agree to serve as part of your fundraising network will generally do so because they either believe strongly in the organization or want to support you personally (or both), it is often a good idea to offer a “benefits package” to your committee members, just to let them know how important their work is. Such benefits can include tickets to events, special lapel pins, regular seminars or meetings with community leaders, a special e-mail newsletter, recognition in your organizations annual report, etc.

What can my fundraising networks do for me?

The answer is… a lot! The members of your fundraising networks can raise money, hold events (both ask and non-ask “get to know us” events), send out fundraising letters, sell tickets to your organization’s large events, find new members for your network, generate publicity and buzz, and lots more.

In short, building good, relationship-driven fundraising networks is a key task for any charitable organization, school, church, or other group that is looking to raise money to support its activities.