How to Market Planned Giving for Your Non-Profit When it comes to planned giving, many non-profits simply don’t focus on it. (This is mistake… every non-profit can and should be running a planned giving program. For more on why, read Four Common Planned Giving Myths Busted).

In this article, let’s take a look at some of the ways your non-profit can be actively marketing planned giving to your donors and other supporters. The most popular and effective channels for marketing your planned giving program are (in no particular order):

A non-profit’s website should be both a repository of information that donors can seek out when prompted by other marketing methods as well as a place where non-profits can make direct donor asks.

Your organization’s website can play a major supporting role in your planned giving maintenance efforts by providing information on the various types of planned gifts people can make to your non-profit as well as by directly asking donors to consider making a bequest. Similarly, your website can host information about your Legacy Club and other planned giving donor recognition efforts.

I love using small group events as part of planned giving campaigns. You can hold events targeting 10-30 mid-level or major donors who you would like to target for planned gift asks. Invite them to an event to hear about your plan for the next 100 years, your vision for making a difference in the world, and the role they can play as part of your team. Do not charge for tickets to the event… the fundraising at this event is for planned gifts, not $50 ticket sales.

At the event, make your pitch, plus go over the planned giving options. Then, make a general ask for people to join your Legacy Club and remember you in their will. After the event, follow up with each attendee by phone within two weeks after the event to ask if they have any questions and to reiterate your ask.

Fundraising galas, dinners, and other large scale events are generally not good channels for marketing your planned gift fundraising. Making planned gift asks during large events rarely works, and mentioning your planned giving program during galas and dinners does little or nothing to help with program maintenance.

The one exception that I have noticed is with Legacy Club recognition. If you are running a planned giving program using a Legacy Club (a donor club focused on planned givers), consider recognizing the newest members of the club during your large annual fundraising event. 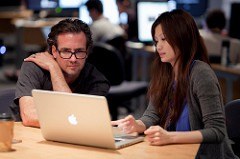 The best way to make planned gift asks (and do planned gift cultivation) is one-on-one with the donor. Of course, because this is also the most time consuming method, you will need to reserve this strategy for your largest donors and best prospects.

Believe it or not, your board can be an excellent channel for your planned gift marketing. Here’s how:

*First and foremost, every member of your board should be asked to make a planned gift commitment to your non-profit

*Finally, your board members should be trained to be on the lookout for folks from their social and business circles who have the capacity to make large planned gifts. Ask your board members to set up meetings with these contacts to get them into your donor funnel

It is important that your non-profit makes planned giving part of your overall fundraising program. You can do this by scheduling a planned giving campaign every 3-4 years, as well as “maintaining” your planned giving program by offering resources and reminders on your website, in your newsletters, etc.

PrevPreviousWhat it Takes to Raise $100,000 for Your Non-Profit
NextPutting Your Major Donors to Work Can Help You Raise More MoneyNext