Non-Profit Leadership in a Non-Committal World 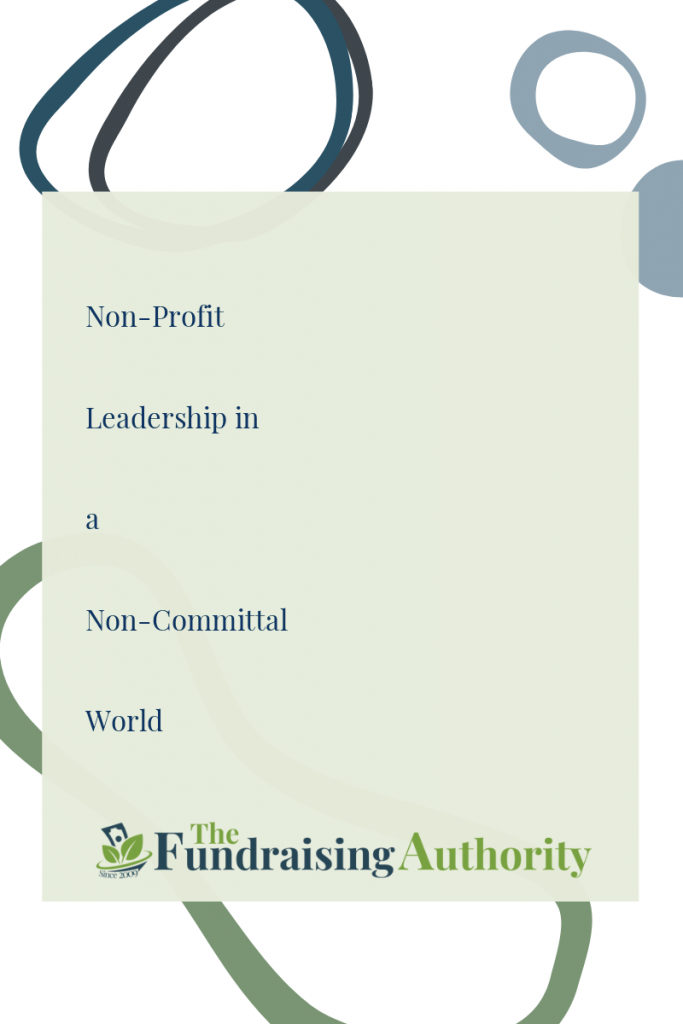 Did you ever notice how non-committal the world is? Most people, most organizations, most countries… most everyone and everything tries to avoid making commitments, taking responsibility, making decisions and accepting the consequences.

It’s easier, it seems, to play it safe.

You see, if you make a commitment (to a new program, a new plan, a new hire), you might be wrong. Things may go wrong. You might make a mistake.

If you make a decision, well… you may have to deal with the consequences. What if you make the wrong decision? What if there was a better way?

If you take responsibility… who can you blame it on if things turn out poorly? If your team doesn’t perform? If you don’t increase the number of clients you see, don’t raise more money, or can’t find the perfect new team member?

The world is non-committal, because people want to play it safe and avoid the blame. The same is true of most non-profits (and most non-profit managers). Just as in the for-profit world, charities (and those who run them) are often looking to cover their own behinds – they don’t launch new initiatives that might just change the world, because if they do… if they take a stand and say “we’re going to make a real difference!” then they are taking responsibility for making that change, and if they don’t succeed, well, there’s no one else to blame.

The sad part about all of this is that no person or organization can be a leader without making commitments. True leadership… at its very core… is the willingness to make a decision, take responsibility, and act on that decision.

If you make the right decision, then you’ve made a huge positive difference for your organization and the people you serve.

If you make the wrong decision, then you’ve tried to make a difference, and you can now go back and analyze what went wrong so that the next time you make a decision (hopefully very soon) you can make a better one.

If you want to be a non-profit leader (no matter what you job title may be), you’ve got to make decisions, act on them, and take responsibility for the consequences. It’s not what the world at large is telling you to do, but no one ever changed the world by avoiding commitment and responsibility. Just the opposite, in fact.

For more on being a great non-profit leader, no matter your job title, read: Non Profit Entrepreneurs can Change the World and How to Be a Great Development Director.