Help! How Much Should I Ask this Donor For? 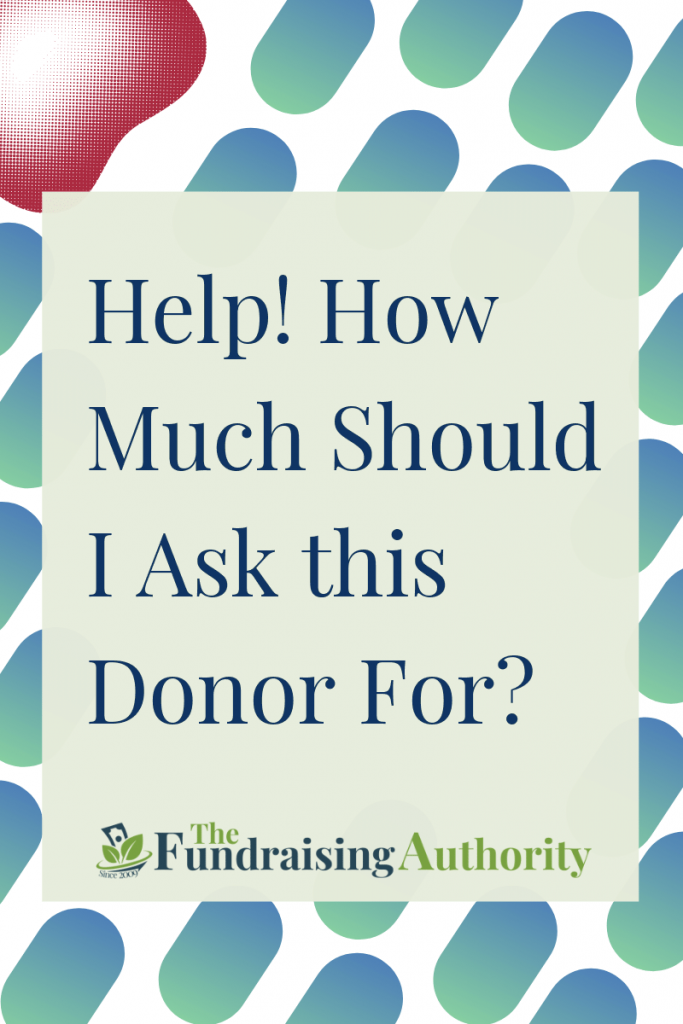 When it comes to making fundraising asks, one of the most common questions I get is, “how do I know how much to ask for?” Today, I want to give you an answer to this question.

First, let’s look a common scenario… Your non-profit has a donor who comes to some events and writes a few checks each year. Now, you’re launching a capital campaign, and want to ask her for a major gift. How much should you ask for?

Or, you have a new prospect who has indicated that they are ready for an ask. They’ve never given before, but you think they might have the potential to be a major donor. How much should you ask for?

If you’ve ever found yourself in a situation like those, read on… I have a three-step answer for you that works every time.

The first step it to make sure that you don’t stress out about this question. While you (or your supervisor or board) may think that the question of what to ask for is a high-pressure, life-or-death query that has the potential to ruin your relationship with the donor, I have a secret to share…

In all of my years in fundraising, I have never, ever seen a donor relationship ruined by asking for too much or too little.

Read that again: never. Yes, there may be awkwardness. Yes, the donor might decline to give. Yes, you might need to backpedal a little bit. But for the resourceful fundraiser, none of these situations is insurmountable.

If you’ve cultivated this donor properly, and built up a strong relationship with him, (the way you are supposed to before you make an ask) then that relationship can survive a mistake – even a big mistake – in your ask amount. So take the pressure off of this ask, and off of yourself. You are not going to ruin anything if you are wrong.

Avoiding Awkwardness: Fundraising Within an Order of Magnitude

Of course, I know you’ll still want to avoid any embarrassment or awkwardness with your donor. That’s why I want to tell you about “fundraising within an order of magnitude,” a rule of thumb I developed over the course of many years of making asks. The rule simply says:

“Your donor is unlikely to be embarrassed or feel awkward about your ask so long as you make an ask that is within an order of magnitude of the donor’s actual capacity.”

Or, to put it even more simply, you just have to get close enough to have the right number of digits in your ask number. So, for example, if a donor can afford to give $20,000 and you ask her for $40,000, she’ll probably say no (or give you the opportunity to ask for less) but she won’t feel awkward about the ask. If, on the other hand, you ask her for $200,000, you are now a whole digit or order of magnitude off, and there may be some awkwardness (though, as I said above, it is still unlikely to ruin your relationship with this donor).

I hope this rule helps you feel more at ease while you are making asks. All you need to do is peg someone in the right order of magnitude for the ask, and then follow the other two steps below, and you’ll come out on the other end of the ask feeling good about the conversation.

Step #2: Realize That This is an Imperfect Science

The second step is to realize that answering the question of how much to ask for is an imperfect science. For most donors, there really is no way of knowing exactly how much to ask for. Even using wealth research services, unless someone is very wealthy and involved in the leadership of a public corporation or heads up a huge private foundation, chances are all you can do is make an informed guess.

Again, the message here is not to stress out about this. There is no “right answer,” only a “best guess.” Which brings us to step three…

Step #3: Do Some Research and Make an Informed Guess

After reading steps #1 and #2, you may think you should just take a stab in the dark, make up a number, and make your ask. Of course, that’s not the case. If you keep your ask within an order of magnitude of your donor’s capacity, there won’t be any awkwardness, but of course the closer you can get to your donor’s actual gift capacity, the better your chances of getting an unconditional “yes.”

And we all want to get that “yes!”

So, my advice is that you do some research into your donor’s capacity before making the ask, and then, realizing that it is an imperfect science, you use this research to make an informed guess. What type of research should you do? 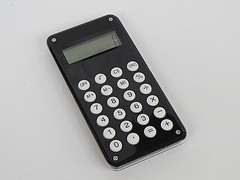 Start in Your Donor File

The first place you should look is in your donor file. How much has this person given in the past? What size gifts do they give, and how often?

The wise and insightful Amy Eisenstein says you should start with the idea that the person can give between 2 and 10 times the amount they give to your non-profit annually. Thus, if they give your organization $5,000 per year (including annual gifts, online gifts, direct mail, events, etc.) then chances are that they can afford to give you a one-time donation somewhere in the $10,000 – $50,000 range.

I think Amy’s rule of thumb is a good start, when combined with the two ideas below. (Of course, if this is a first time ask to a new donor, you’ll need to rely on the next two rules of thumb, since you don’t have any past gifts from this donor to use as a guideline.

The next thing you should do is take what you know about this donor and use common sense to adjust your ask amount.

For example, if this donor is an attorney at a major firm in your city, what do attorneys at similarly sized law firms in your city earn, on average? If you’re not sure, you can use online tools like Salary.com to help you figure it out.

Likewise, where does this donor live? How much do houses cost in that neighborhood? Does this person belong to a country club or social club? Does his or her spouse work? Do their children attend free public schools, moderately priced parochial schools, or expensive private schools?

Use all of this information to help you refine your ask amount. But remember – don’t get stressed out! Do your best, but don’t think of this as a “make or break” decision.

Aim Higher, Rather Than Lower

My final rule of thumb is that you should always aim higher, rather than lower. If you ask someone for too much, they can always talk you down to a lower amount… but if you ask for too little, they will rarely volunteer to give more.

Remember – setting ask amounts is nothing to get overly stressed about. No matter what you ask for, it is unlikely to ruin your relationship with the donor. Do your best to set a gift range, then ask for a gift in the top half of that range. Chances are, you’ll be very close to the mark.