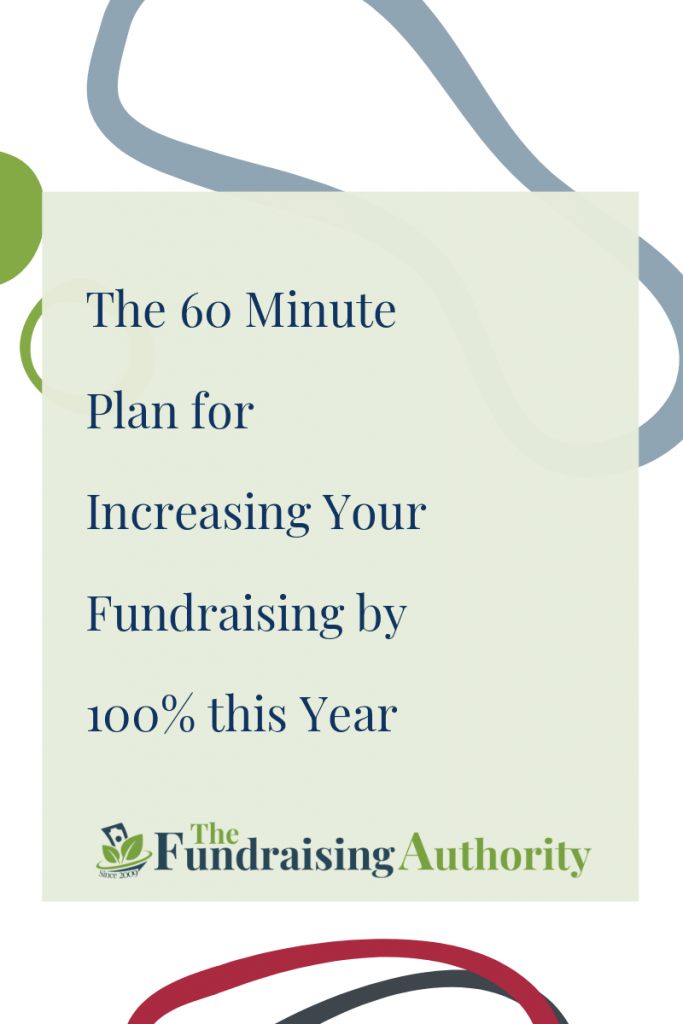 A number of years ago, while serving as the Executive Director of a non-profit, I faced a crisis.

I had come on board 4 months before and could tell the ship was sinking. Most of the staff was gone, the bookkeeping was a mess, reports weren’t filed. Luckily, we had a small reserve of annual funds in the bank, and so I spent those four months getting the organization upright again… focusing on hiring, accounting, legal and other pressing issues.

But now that those fires were put out, I faced the real problem. The organization relied on one big annual event for its revenue, and had no plan for carrying out its bold vision for the future. I was glad that the board had set big goals, but worried because no one had spent any time figuring out how to get where they were trying to go.

I needed a plan. A fundraising plan, sure… but before I even got to that, I needed an action plan, a way to strategize all of the massive amount of work that needed to be done in the days and months ahead. That’s when I realized what I needed to do.

I told the staff I was going to be indisposed for the next hour or so. I closed the door to my office. I turned off my cell phone, unplugged the desk phone and literally shut the computer down. I didn’t want any temptations like picking up my phone for a minute or “checking in” on e-mail.

I pulled out a pad of paper and a pen. It was just me and that pen and paper, ready to go.

I decided that I was going to stay in that office for 60 minutes and walk out with a clear strategy for what needed to be done. I broke up the 60 minutes into three distinct periods:

But I did it. And when I emerged from that room, I had a plan. It wasn’t perfect. But it was done. I had a way forward, without spending weeks figuring it out.

I got our staff in a room, we discussed the plan, the action items, the deadlines and the responsibilities, and we got to work.

The result of this exercise was momentous. During the next 12 months, our organization raised 100% more than the non-profit had raised the previous year. We did it without pulling our hair out and by creating sustainable fundraising systems.

Sure, we needed more planning than just this 60 minute time out. We needed a real fundraising plan, a real case for support and real donor systems. All of those items were on the list I created, and all of them contributed to our eventual success. But none of it would have been possible without those 60 minutes spent getting our big picture in order.

Does your non-profit need a big picture plan? Do things seem like they are running out of control? Do you want to raise 100% more next year like we did? Maybe you need to spend 60 minutes with a pad of paper and a pen developing your action plan for the year ahead.