Should Your Non-Profit Accept Bitcoin for Donations? 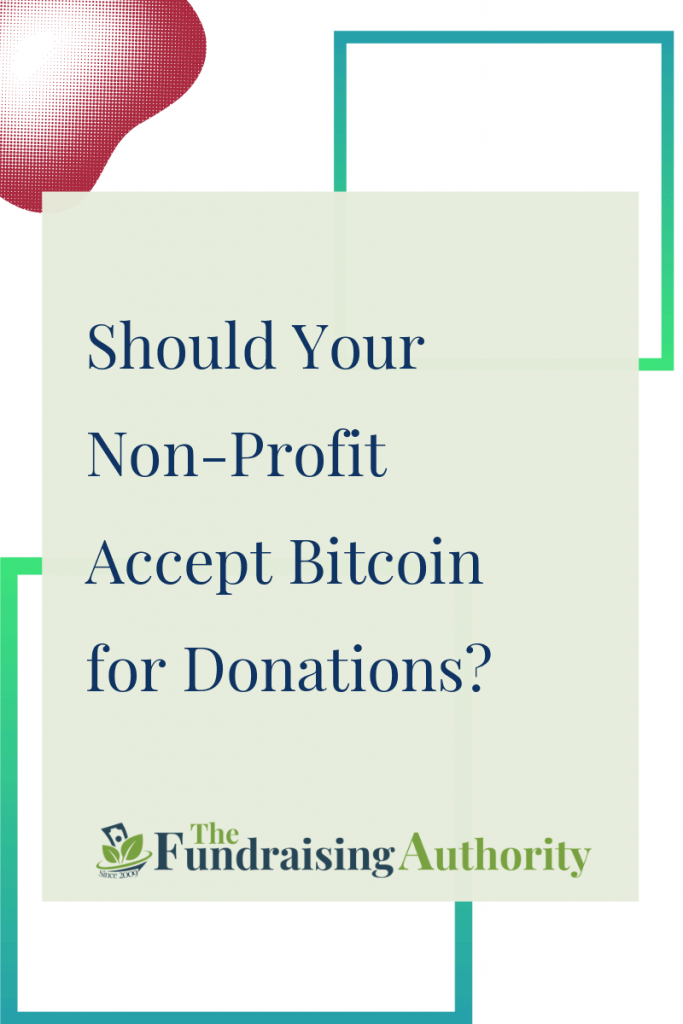 The short answer for those who are non-technical is that Bitcoin is a new digital “currency” or “store of value” that exists on computers and on the web. Bitcoins are worth a certain amount of money, can be used in many places to buy and sell things, and can be traded in for US Dollars, Euros or other forms of currency at an ever-changing exchange rate.

Bitcoin is a little like gold. It is worth something, can be used to buy things, or can be sold for dollars, euros, pesos or other currency.

For a slightly longer, but still fairly non-technical explanation of what Bitcoin is, take a look at the following video, prepared by WeUseCoins:

If you want a highly technical answer for the question, check out both the Wikipedia entry for Bitcoin as well as the official Bitcoin site.

Why Does Bitcoin Matter?

You may be asking yourself, “Why should I care about Bitcoin? I already accept donations in US or foreign currency. What gives?” Fair enough. You shouldn’t spend lots of time thinking about Bitcoin, and deciding whether or not to accept it shouldn’t take up a considerable amount of your time or energy.

However, you should think a little about Bitcoin and make a decision on whether or not to accept it. Why? Well, consider the following:

There are a lot of Bitcoins out there, and lots of people and businesses are starting to use them for real-life transactions.

Right now, the majority of the people who use Bitcoins are those who would be considered “early adopters.” These are the types of folks who work in tech companies, see computers or the web as a hobby, or are very comfortable around computers and the Internet. That being said, the number of Bitcoin users is growing every day, and more and more people who are less tech-savvy are being introduced to this new currency.

Should Our Non-Profit Accept Bitcoin Donations?

Setting up a Bitcoin donation page / capability shouldn’t take long (an hour or less for your web team, in my estimation)… so, should you accept Bitcoin donations? As I said earlier, it won’t be make -or-break for your organization, but if you have the time and technical capabilities, it wouldn’t hurt to begin accepting Bitcoin donations. If you have a donor base that is very tech-savvy, then it would likely help you to accept Bitcoin, as it will appeal to your targeted demographic.

How Do We Get Started Accepting Bitcoin Donations?

It’s pretty easy, actually – just go to Coinbase or BitPay and sign-up for Bitcoin processing. Then, set up a special Bitcoin donation page on your non-profit’s website and include “Bitcoin Accepted” logos and links on your donation pages to let people know they can donate using Bitcoin.

If you have a tech-savvy donor base, you can also consider sending out a blast e-mail to your list letting them know that you now accept Bitcoin donations for your non-profit.