How to Run a Great Brick Fundraising Campaign 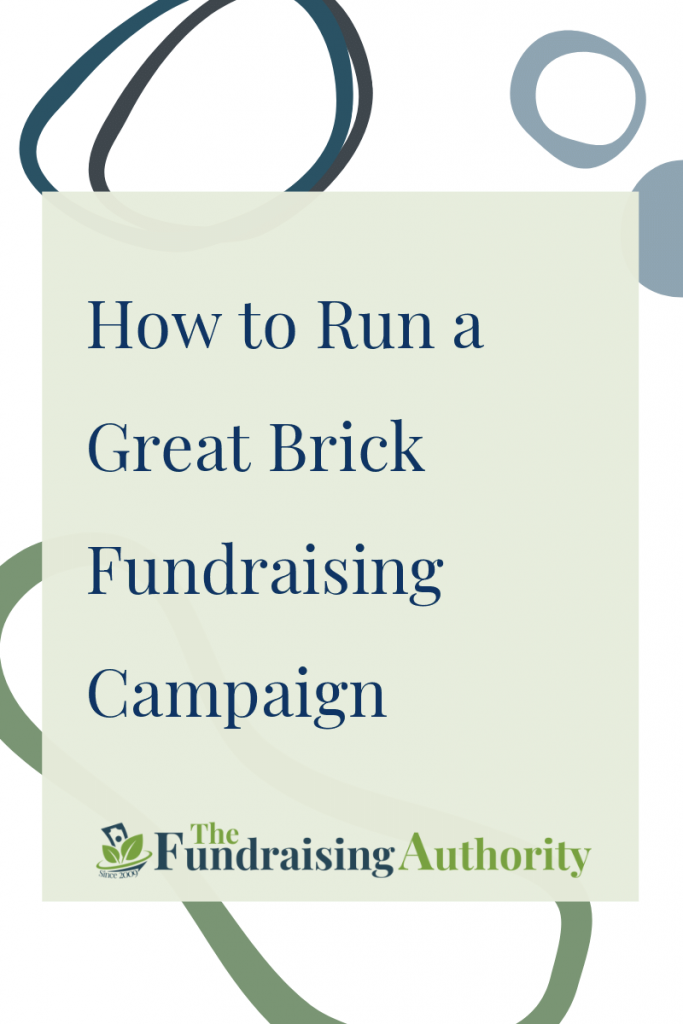 Brick fundraising used to be a very popular tactic for low to mid-level fundraising campaigns, but over the past ten years seemed to fall out of favor. There has recently been a bit of a resurgence in brick fundraising, and for good reason… this tactic works particularly well for organizations that have lots of potential mid-level donors (donors in the $50-$500 range). (For more great ideas check out Creative Fundraising Ideas for Non-Profits).

What is Brick Fundraising?

Brick fundraising is a fundraising tactic where a non-profit establishes a brick wall, walkway, or other tiled or bricked surface (either indoors or outdoors) and finds donors who are willing to donate a certain amount in return for being allowed to engrave one of the bricks with their personal name or message.

Who Should Use this Tactic?

How Do I Maximize My Return?

The best way to maximize your return on a brick fundraising campaign is to run it with the same professionalism and planning as any of your other fundraising tactics. For best results:

1. Have a Plan – Gather your team and develop a comprehensive, written fundraising plan for your brick campaign.

2. Use a Committee – Ask some key supporters to form a leadership committee for your brick fundraising effort, responsible for reaching out to your prospect list as well as their own networks.

3. Develop Materials – Use clean, professional brochures and letters, including pictures of what the bricks will look like, to market this opportunity to your prospects.

4. Have Different Levels – Most successful brick fundraising campaigns offer different donation levels to those who support the campaign (e.g. $100 for a small brick, $200 for a medium brick, and $300 for a large brick).

5. Make it Fun – Brick fundraising efforts should be fun and interactive affairs. Find as many people as possible to sell your bricks, and offer them lots of support and appreciation.