What Your Non-Profit Can Learn from WKRP in Cincinnati 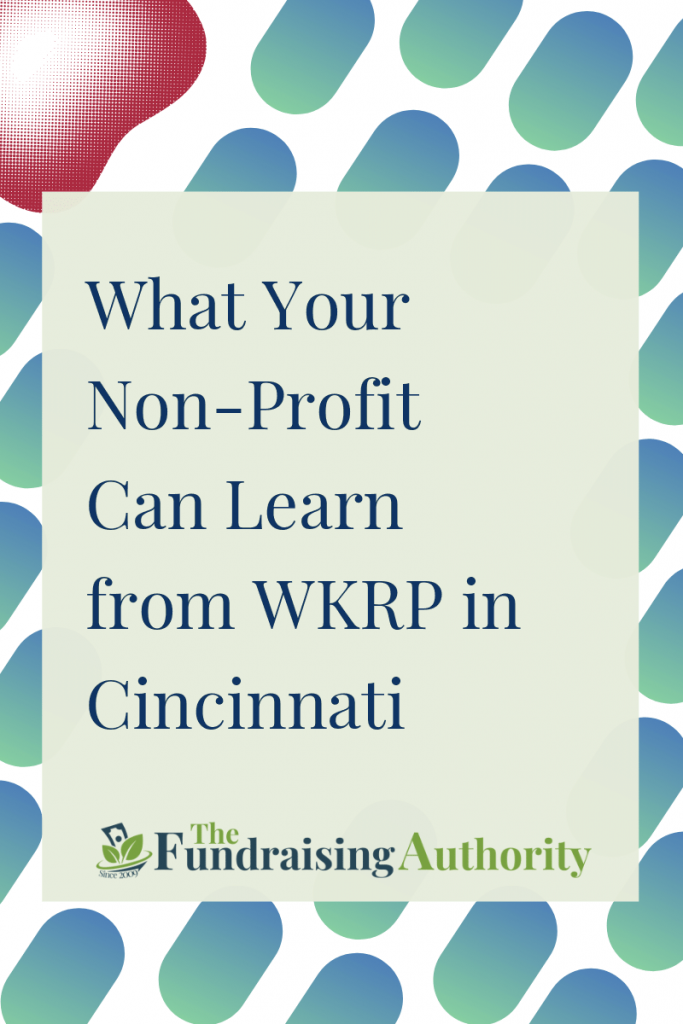 Did you ever watch WKRP in Cincinnati, the late 70’s / early 80’s sitcom? When I was young, I used to watch the show, which at that point was in syndication on a local UHF station. (If you’re younger than 30, substitute “low-budget TV” for “UHF,” and you’ll get the idea).

One of the things I remember about the show was that while it was nominally set in Cincinnati, Ohio, and occasionally mentioned landmarks or other sites and sounds from that city, it really could have been set anywhere, because nothing in the show really revolved around Cincinnati.

The same is true of sitcoms like The Office (set in Scranton, PA) and The Cosby Show (set in New York City). Both of them included some references and occasional props from their supposed home cities, but either of these shows could have been set anywhere, without the show suffering in the process.

Some shows do a better job of incorporating their surroundings (such as Frasier’s reliance on Seattle’s coffee culture and Cheers’ use of Boston’s sports heritage), but for the most part, sitcom locales are interchangeable. So… did you ever wonder why sitcoms bother with city settings, or with including things like occasional references to the location or bumper stickers from local radio stations in their programs? 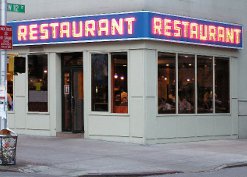 The reason they are included is that details like these offer grounding for the show and provide the background information that makes the characters and plot lines seem real and compelling to the audience.

Imagine Seinfeld without the parking meters and street vendors of New York City or Everybody Loves Raymond without the Long Island pizzerias and working-man’s culture. It’s hard to do… because, while we don’t often think deeply about the settings of the shows we watch, the details those settings provide become integral to our feelings about the shows we love.

What Does This Have to Do With Your Non-Profit?

You’ve probably heard lots of people tell you that storytelling is essential to the success of your organization’s fundraising… that the stories you tell about your work, about the people you serve, and about your staff and donors are integral to getting donors to feel connected with your organization.

But many non-profits – probably most – keep their stories at the surface level, without diving deep to tell the details of their work.

Thus, organizations will talk about a “disadvantaged child” they helped with “a scholarship to a top-performing school,” or they’ll say “we serve 1,000 meals to the homeless every day.” Both of those statements are ok, but they are also both so anti-septic and corporatized that they leave a lot on the table when it comes to building relationships with donors.

Sights and sounds from a sitcom’s fictional location help provide the details that allow you, as the viewer, to enter into the story… to see, touch, and feel it.

Sights and sounds from your organization’s work in the field are the details that your donors need to feel connected to your non-profit’s programs and clients.

Thus, instead of talking about a “disadvantaged child” you helped with “a scholarship to a top-performing school,” tell your donors about Amber, daughter of a single mother, sister to a victim of gun violence, who got straight A’s despite running home from school every day because she was so scared.

Instead of talking about the “1,000 meals” you serve “to the homeless every day,” tell your donors about Reuben, who at 70 years old doesn’t own anything but the clothes on his back, whose prized possession is a beaten up old camouflaged jacket with a flag on the sleeve, which reminds him of his days in the military when he was young… and how you provide him with a hot breakfast every morning… the only actual meal he will eat all day.

Details matter. Use details to tell your organization’s stories. Donors want to hear details about your work and the people you serve. Details provide the emotional connection that your non-profit needs to build better and stronger relationships with your donors.