The Power of Curiosity in Fundraising Communications 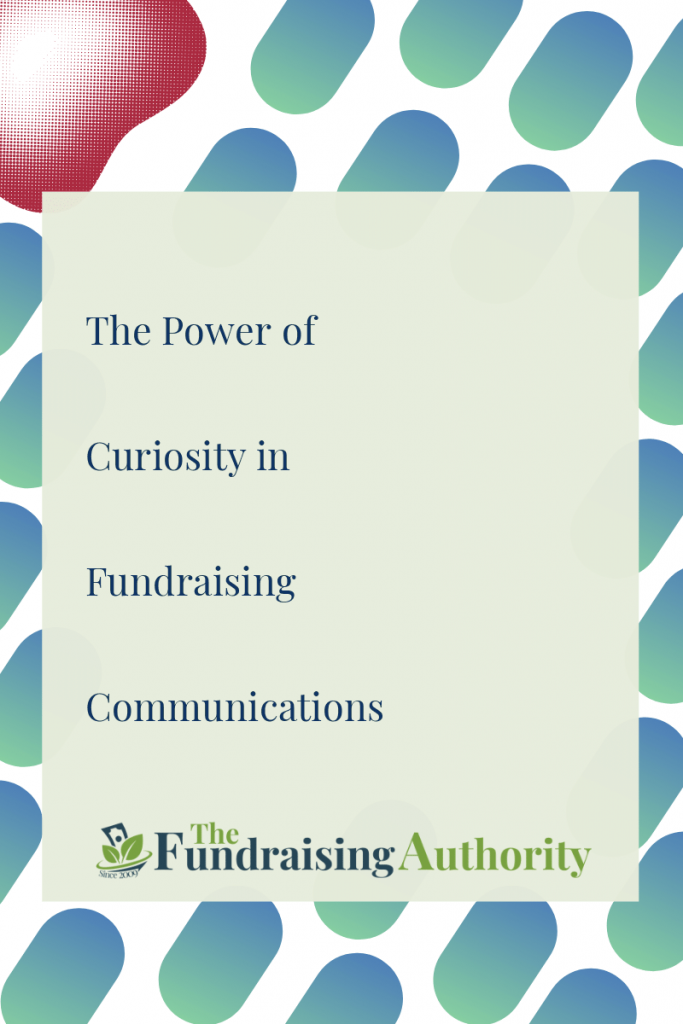 Have you ever seen an ad on a website that started, “Use this one weird trick to…”? Or, have you ever seen a link or an e-mail subject line that said something like, “8 Ways to Do (Something) – #5 is Really Neat!” ?

Do you know why marketers use ads like those? You can bet those ads and subject lines were heavily tested by the companies sending them out, before they shelled out lots of money on the ads. So you know those ads are working. Do you know why?

It’s because of the power of curiosity. Millions of people click on those ads because they just can’t resist the urge to find out what’s behind them. People need to know… what exactly is that “weird trick?” They have to find out… if #5 on this list is so great, what is it!?

Curiosity is such a powerful motivator that many people who know that the ads are just marketing ploys still click on them, hoping to have that curiosity satisfied.

As non-profit fundraisers, there’s a lot we can learn from our for-profit marketing counterparts. One of those things is how to harness the power of curiosity to get people’s attention.

Most non-profits send out boring communications. I’m sorry, but it’s true. When donors see our letters, e-mails, and ads, they’re not filled with a sense of wonder, excitement, or curiosity. They know what’s behind door number 1.

They know you are sending them one of three things: a thank you, a fundraising solicitation, or a news update. They can tell, from the envelope, or the ad text, or the subject line, exactly what you are sending. And chances are, they are not excited by it.

That’s why so many of them throw your letters and newsletters out before opening them. And why so many people, even those who support you financially, click “delete” on the vast majority of your e-mails, prior to even looking inside.

In my experience, many of your donors who do read your e-newsletters and annual reports do so as a favor to your organization. They read them because they support you and your work, not because they actually want to.

Building Curiosity and Excitement for Donors

Have you ever seen someone who buys a scratch-off lottery ticket? You may be pro-lottery or anti-lottery or somewhere in between, but no matter your feelings on the lottery, have you seen someone right after they get that ticket in their hands? What’s the first thing they want to do?

Scratch it off to see if they won!

Even if they stick the ticket in their pocket, you can bet that as soon as they get wherever they are going, they are going to get out a coin and scratch. Why? Because winning money is a powerful motivator for human curiosity. They are anxious (curious!) to see if they won, and there’s only one way to find out… by scratching off the ticket.

Imagine if your donors were that excited to rip open your letters and click open your e-mails to see what was inside! How powerful would that be for your organization? How much would your fundraising increase as a result? What if people couldn’t wait to read your fundraising letters, because they were so curious about what your organization was up to?

You may think it is impossible to make donors that curious about your communications… but have you ever tried? Chances are you haven’t. Chances are you have resigned yourself to sending out letters that won’t get read and e-mails that won’t get clicked. As a result, you’re probably making much less of a connection with your donors than you should be, and raising less from them than you could be.

How to Build Honest Curiosity for Your Donors

Your goal, as a non-profit fundraiser, is to build “honest curiosity” into your donor communications. I say “honest curiosity” because we have all see far too many examples of dishonest curiosity-building. Those “one weird trick” ads border on the dishonest, and I guarantee you can close to 100% of your donors to open your next fundraising letter if you print envelopes that say “Don’t throw this letter out! There’s a real, honest-to-goodness $100 bill inside!” But of course, that would be dishonest, because there’s no way you could put $100 bills inside the letter and still turn a profit.

So, how can you build honest curiosity for your donors? 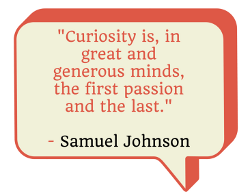 First, you need to build a relationship with your donors that includes an element of excitement and adventure. You need to wrap your donors up into a story that is bigger than themselves, with an inkling of danger and intrigue.

Does your organization run homeless shelters in Denver? No you don’t! You fight to save the poor and downtrodden from life on the streets, bolstered by your team of donors and friends.

Does your non-profit build water pumps in Africa? No you don’t! You send out emissaries to a far-away land to save children from disease and thirst. And your donors help you do that.

Second, you need to make sure your donors feel like part of your team. In fact, they should think of your organization as “our organization” and “our team.”

When a donor gets a letter from some organization they donate to, they throw the letter out.

When a donor gets a letter from their team, a team that they think about every day, they read it.

Third, you need to set big goals – goals that are so big, you’re not sure that you can accomplish them.

When your donors hear that you want to raise the same amount this year as last year, to serve the exact same amount of people, they don’t care about your newsletters or updates.

When your donors hear that your team (their team!), which is fighting to save a village in Africa from a drought, is trying to raise $10,000 to save that village this month… you can be sure that those donors will eagerly click on your e-mail update when it comes out, because they donated $100 to the cause and they want to see if the team was successful in raising the money and saving the village.

Building honest curiosity is not only possible for non-profits; it is essential if you want to get your donors excited and engaged with your communications efforts.

Once you do all three of these things, then you can work on writing better subject lines, better envelope teasers, and better newsletter headlines that make donors curious about what’s inside, and eager to open your communications to see what your non-profit is up to.

PrevPreviousCase Study: How One Organization Doubled Its Year End Fundraising
NextWhat You Can Learn about Fundraising by Playing PokerNext
Article Archive